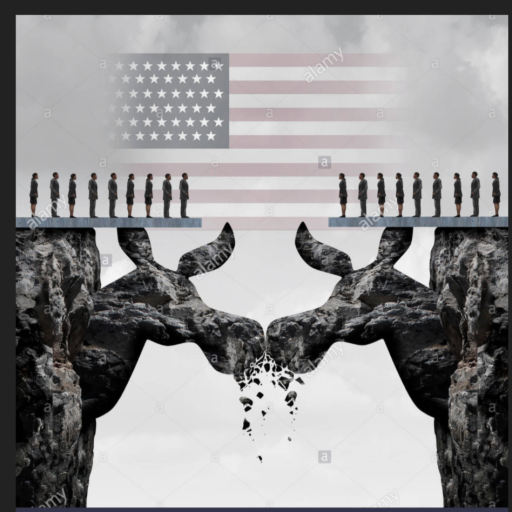 I attended the College Democrats of American Convention in Washington DC a few years back. The first couple of days of the convention I loved. The education we received and the connections I made there were some of my favorite memories. I will also admit that I was a strong advocate and probably the driving force in getting the Utah College Democrats board to go begin the impeachment of the previous president. I will stand by my actions in that circumstance. I believed that the way CDA was being run was a disgrace to the Democratic Party and the political process as a whole. When a member of the Utah board and I attended the CDA convention in D.C. we were told that if we came out our registration fee would be waved. That did not happen. To be fair I’m glad it didn’t happen. If it wasn’t waved for every state federation, it shouldn’t be waved for us. I know I personally paid over 600 dollars to come out to the convention in hotel costs, airfare from Utah, food, registration fees, metro passes, and Uber rides. That was my own personal choice to do that and do not hold CDA responsible for those costs. I was able to hear a personal hero of mine speak (Senator Elizabeth Warren) and learned a lot of different ways to bring grass-root efforts here to my State. For those of you who aren’t aware of the political climate here in Utah. The State House and Senate both have a super majority of Republicans and a Republican Governor. 70% of the voting members here in Utah register as Independent and 60% of that original 70% vote straight Republican Tickets on their ballots.

When Senator Bernie Sanders came for a rally my hopes were high. At his first rally, he had over 5000 people attend and he decided to have a second rally where 3500 people attend. In a super RED state. Not once was that mentioned by CDA. Not once was it mentioned that the efforts College Democrats of Utah or any of the Democratic organizations were brought to the attention of College Democrats of America. If it wasn’t NATIONAL news I could understand that people might not have gotten the information.

I can only speak for my state and my state federation. I personally work for a State Representative who is a Republican. Because in my state the only way to get anything done is to work across party lines and compromise. My State Federation retiring President also worked for a republican. We are what is called Utah Democrats.

The simple fact that we have to identify ourselves as Utah democrats so we aren’t attacked by extreme liberals is a problem in and of its self. When I was at the CDA convention I mentioned I was from Utah to a guest speaker and his response was “I’m so sorry. You have an uphill battle and need help in getting this state to become purple.” Has the Utah College Democrats received any help from CDA? No. Has the Utah College Democrats received any help from the DNC? No. So, this leads me to believe that because we are in Utah we are automatically assumed to be a lost cause.

I like many other Democrats was upset and heartbroken that my candidate didn’t win the presidential election. President Trump is not the candidate I want in office and I think he is a danger to our nation and our civil liberties. But he is the President and as political “Junkies” we should know that we have to respect the office of the President. We don’t have to like or even agree with who is in office. If Secretary Clinton would have won or Senator Bernie Sanders would have won, the Republicans wouldn’t be happy with that outcome either.

The continuous arguing and threatening of impeachment on every president we have had at CDA is getting to be a joke. Like stated above I was a driving force in the impeachment of the previous president. What I was unaware of was that the members of the College Democrats of Utah board were holding secret meetings without voting members of the board to try and decide how they would “rather handle this”. Is this how CDA tells their state federations to be run? To have a full board and only include the votes of half of them? This was brought to the attention of a CDA board member and what happened? Absolutely nothing. The College Democrats of Utah had board members that would go out and register voters. On one college campus two board members registered over 200 voters in less than three hours. We even received help from the local county clerk. When our registration box was full they would come, and pick it up, bring us new registration forms, and take the completed registration cards back to the county clerk’s office to be put into the system that day. Was any of this acknowledged by the CDU board? No. Was it acknowledged by the CDA board? No. Utah may have a super majority but with the right help we could turn this State blue. Educating voters here that their love of family values actually aligns with the Democratic party is key. But the democrats are too busy fighting one another to get their act together.

A divided Democratic party does nothing but give President Trump exactly what he needs to bring this nation into turmoil. A divided nation gives him exactly what he needs to accomplish everything we are afraid of. We cannot do anything about the election. It is over. President Trump was sworn in and is currently the President of the United States. Making jokes is one thing. I am the first one to admit I make President Trump jokes on a daily basis. Fighting and arguing and saying he isn’t your President not only disrespects the office of the President but also makes it look like the democratic party is a three-year-old throwing a temper tantrum. Learning to work across party lines to get what we want done is how we are going to get through the Trump Presidency. Not fighting with each other over the true definition of a “Democrat.”

I am the first one to admit I have my own believes. I own guns, I believe in fiscal responsibility, I believe in if you are found guilty and there is clear evidence you took a life, I as a tax payer should not have to pay to keep you alive for the rest of your life. I believe in the death penalty. I believe in a woman’s right to choose what she does with her own body. I do not agree with having multiple abortions because a woman doesn’t know how to go buy a box of condoms. We yell and scream that we are strong feminists and that we are independent. If we are strong independent women, why is it the man’s responsibility to bring a condom? I believe that if a woman is wearing a low-cut top or a short skirt that is her right to do so. That is NOT consent. I believe in equal rights for my LGBTQ community. I say my community because I am an ally of the community and fight for their rights. I might not be in love with someone of the same sex but if my friend is then I will support that friend with everything I have. But these believes in the eyes of CDA and the DNC are not “True Democratic believes”

What happened to the Democratic party? We punish people who don’t tow the party line to the exact letter? As a Political Scientists (Yes politics is a science and one that I have studied for over 8 years.) The political climate is like a bell curve. We have the extreme left, extreme right and 69% of everyday Americans are in the center. Why is this you might ask? One possible answer is that the extremes on both sides of the aisle scare every day Americans. Or that it really is true. Political believes are on a SPECTRUM.

We in the political process need to wake up to the fact that if we want anything done it isn’t just about getting more democrats in office (that should be a priority) but that we also need to be willing to compromise and reach across party lines to get things we want done. I have focused my studies on millennials and their voting habits. Millennials could determine the outcome of an election but they are truly scared off by the extremes and the elitist mentality that is so prominent in the political world right now. You want more College Democrats involved in the political process? Make them feel welcome. Include them. Don’t talk down to them because they are new. They are the next generation of politicians.